What Brought Me to SWGLA 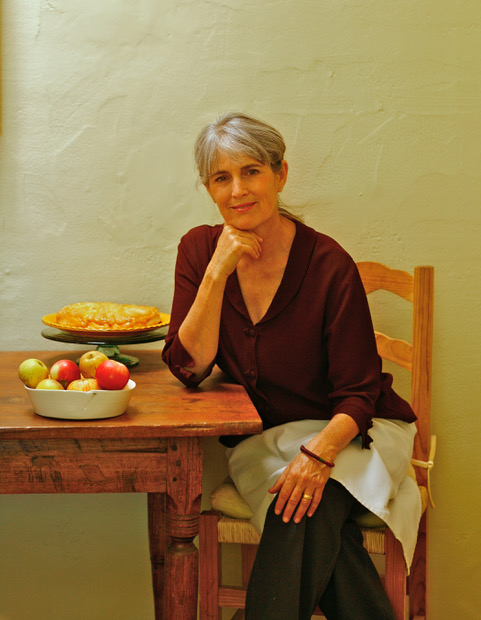 Nearly two decades ago I attended a Slow Food meeting in Winslow, Arizona, early on in Slow Food’s day when a number of us wore many hats. We were at once board members, chapter founders, Ark Committee members, governors, and so forth. When I arrived at the hotel I saw a man sitting on the steps to the building, changing from running shoes into cowboy boots, a large cooler next to him. We said hello and started a conversation. He had somehow heard about this meeting and driven from Canadian, Texas with a container of his Corriente beef to share. From being on the Ark committee I knew a little about Corriente cattle, but I had never tasted one. In fact, I wasn’t much of a meat eater at all. But that night I was astonished at how good the Corriente beef tasted. When I got back to New Mexico I told my husband, who did grow up eating beef and who is a beef-eater, about it and how good it was. The next weekend we drove to Canadian to visit with rancher Jim-Bill Anderson, his wife, Deborah, and their herd of Corrientes. In deference to me, Deborah had made a delicious vegetable lasagna, but we really wanted to taste the beef and we eventually did. The meat was too cold, the grill too hot, and there was too much good conversation to keep track of it with the care that Jim Bill had shown at La Posada, but it was still excellent.

The Anderson’s ranch includes native grasslands with tall grasses, prairie chickens, porcupines, deer, and other creatures that people come to see. The cattle are naturally small and because of this, they can scramble up hills and such and not damage the delicate ecology. They are also friendly and independent, having their calves without help. When I went to visit another couple in Wagon Mound, New Mexico, who raise Corrientes for roping, not for meat, I apologized when I realized it was calving season. “No problem,” they said. The new mamas had already had their calves miles away and would be bringing them “home” soon. In short, Corrientes are good animals.

A few years later I had lunch with a new friend in San Antonio, Hugh Fitzsimmons. We had an excellent vegetarian lunch in a Mexican restaurant, but a lot of the time during which we were enjoying the range of flavors and textures, Hugh was talking about his bison ranch in South West Texas and the goodness of bison meat. I asked him a lot of questions and finally he asked me if I would like to try some? “Yes!” was my reply, so we went to his house where he cooked some ground bison while explaining that it was important to go slowly and keep the heat low. When the meat was finally cooked, it was still very red. I took a bite and felt as if the life of the animal had gone straight into my blood. It was the most amazing feeling. A few weeks later Patrick and I went to visit Hugh at his ranch and we saw the animals out among the mesquite and wild flowers. The males had strands of mesquite leaves in their horns and the females were with their little red calves. We watched them for a long time. Later we had some of the meat for dinner and again, that sensation of strength coursed through my body.

I’ve been known as a vegetarian because of a restaurant I started in San Francisco about 40 years ago: Greens. It is still going strong today, but I’ve never really related well to the vegetarian label. I’ve found it limiting and exclusive rather than generous and inclusive. But it was experiences like these with the Corrientes and the bison that made me ask questions about meat and how it was and is raised, and that’s why I became involved with SWGLA. It‘s that not all meat is the same and I feel it’s important to understand that and make distinctions. I’ll probably never be much of a meat eater, mainly because I didn’t grow up eating a lot of meat, but I really do appreciate the quality of the meat that our Southwest ranchers produce, and that while raising good animals, they are also building the health of the land and the soil. This is far more important to me than access to cheap, feedlot meat.

You have Successfully Subscribed!